I never thought I would be one of those moms that is constantly running around with their child from activity to activity – Not only is it stressful, but I doubt I would be able to keep up. Having said that, Saturday was an exception for me; and as I’ve learned, Mommyhood is full of exceptions and firsts…

From 8:30– 9 a.m. Emma had ballet class. I found a great deal from Amazon local that I couldn’t pass on. However, when I purchased the deal, I was unaware of the time the classes were held as it is a terrible time for both my daughter and I. Emma is extremely cranky in the morning, and justly so, since she has to wake up early from Monday-Friday and now Saturdays as well. As a result, we are always battling to get out of the house in the morning. She enjoys the class but I am actually looking forward for the 10 sessions I bought to end… 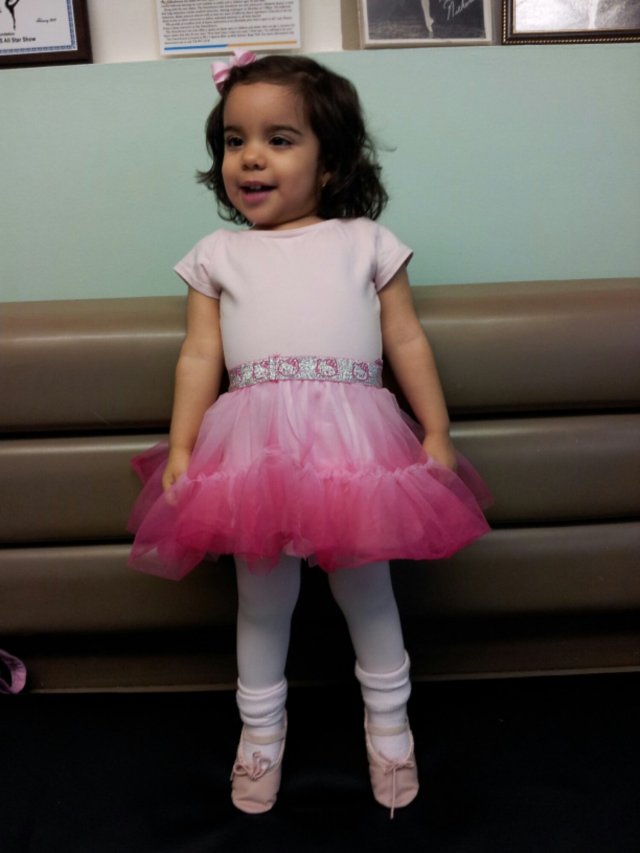 From 10:30 – 11:30 a.m. Emma had an art class at the Noguchi Museum. These classes are held only once a month and are very educational. This time the class was about textures. Emma was able to see sculptures in the museum and visually interpret/imagine their texture. She was then able to create her own collage. What she loved most was playing with the glue and I think she did a great job with her artwork. The collage is very abstract and I am actually considering putting it up on my wall – Yes, I am a proud mama! 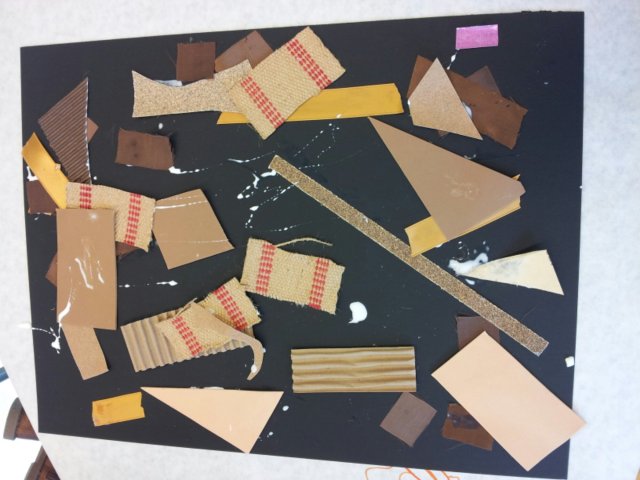 At 1:30 p.m. Emma had Ellie’s birthday party, whom she believes is her sister (Ever since I told Emma that her aunt Andrea was my sister, she is obsessed with sisters and brothers and asks me if her daddy is my brother and so on; on one of those occassions, she told me that Ellie was her sister).The theme of the party was Peppa Pig, which I thought was pretty original. Ellie’s mom is pretty crafty (she made Ellie’s shirt) and since I am a  crafter at heart, I love and appreciate her craftiness because it serves as inspiration for Emma’s future birthday parties.

During the first half of the party the kids got to run around in a matted playground. I was pushing Emma to venture out on her own but she was constantly looking for me – most likely because she was lacking sleep since she didn’t take a descent nap. She was also looking for Ellie the entire time. After half an hour she was a little more comfortable and played on her own so long as I was visible to her. The kids then had pizza, sang Happy Birthday and ate cake and although Emma had a long day, she had a great time.

When the party was over we had to wait for our ride in the freezing weather for around 30 minutes. We had to leave the place because there was another party booked and the space was limited. Naturally, I left Emma’s gloves and hat at home (I thought we were going to go from the place directly to the car). Since I also did not bring a hat or gloves for myself to give to her, I had to improvise.  The entire time we were waiting I held her hands to keep them warm and I opted to put a onesie on her head to cover her ears. However, I don’t think this helped much, as Emma had a fever on Sunday and had to miss school on Monday as she was still sick – Yes, I feel like a terrible mom. And so this will be added to the lists of things/moments in Mommyhood where in retrospect, I should have known better.

1. In the winter, I should always carry a hat and gloves for Emma. My life is full of unexpected surprises (good and bad), so I should really know better.

2. Emma was exhausted (and I was stressed out trying to get to places on time), so unless necessary, avoid so many activities on the same day.

3.  Give up on the idea that I have as much energy as Emma. I need to drill this into my head, because I seem to always forget… Friday night should be an early bedtime for me as coffee doesn’t seem to have the same effect nowadays.